Playboy is an American men's magazine that features photographs of nude women as well as journalism and fiction. It was founded in Chicago in 1953 by Hugh Hefner and his associates

Playboy is one of the world's best known brands. In addition to the flagship magazine in the United States, special nation-specific versions of Playboy are published worldwide. - The magazine has a long history of publishing short stories by notable novelists such as Arthur C. Clarke, Ian Fleming,Vladimir Nabokov,Chuck Palahniuk, P. G. Wodehouse and Margaret Atwood.With a regular display of full-page color cartoons, it became a showcase for notable cartoonists, including Jack Cole,Eldon Dedini, Jules Feiffer, Shel Silverstein, Erich Sokol and Rowland B. Wilson. - By spring 1953, Hugh Hefner — a 1949 University of Illinois psychology graduate who had worked in Chicago for Esquire magazine writing promotional copy; Publisher's Development Corporation in sales and marketing; and Children's Activities magazine as circulation promotions manager— had planned out the elements of his own magazine, that he would call Stag Party. He formed HMH Publishing Corporation, and recruited his friend Eldon Sellers to find investors. Hefner eventually raised just over $8,000, including from his brother and mother. However, the publisher of an unrelated men's adventure magazine, Stag, contacted Hefner and informed him it would file suit to protect their trademark if he were to launch his magazine with that name. Hefner, his wife Millie, and Sellers met to seek a new name, considering "Top Hat", "Gentleman", "Sir'", "Satyr", "Pan" and "Bachelor" before Sellers suggested "Playboy 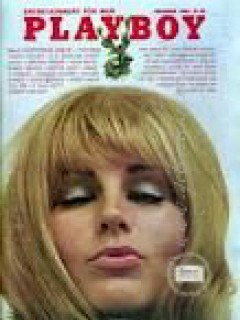 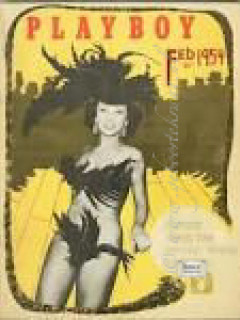 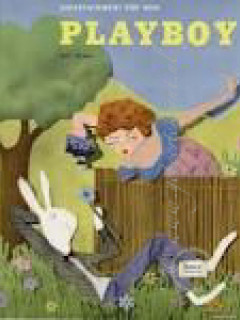