The Observer is een Britse zondagskrant

The Observer is a British newspaper, published on Sundays. In about the same place on the political spectrum as its daily sister paper The Guardian, which acquired it in 1993, it takes a liberal or social democratic line on most issues. It is the world's oldest Sunday newspaper.

The first issue, published on 4 December 1791 by W.S. Bourne, was the world's first Sunday newspaper. - Believing that the paper would be a means of wealth, Bourne instead soon found himself facing debts of nearly £1,600. In 1794, Bourne attempted to sell The Observer to anti-government based groups in London. When this failed Bourne's brother (a wealthy businessman) made an offer to the government, which also refused to buy the paper but agreed to subsidise it in return for influence over its editorial content.

As a result, the paper soon took a strong line against radicals such as Thomas Paine, Francis Burdett and Joseph Priestley. - 20th century Upon Frederick's death in 1905, the paper was purchased by the newspaper magnate Lord Northcliffe. After maintaining the existing editorial leadership for a couple of years, in 1908 Northcliffe named J. L. Garvin as editor. Garvin quickly turned the paper into an organ of political influence, boosting circulation from 5,000 to 40,000 within a year of his arrival as a result. Yet the revival in the paper's fortunes masked growing political disagreements between Garvin and Northcliffe. These disagreements ultimately led Northcliffe to sell the paper to William Waldorf Astor in 1911, who transferred ownership to his son Waldorf four years later. 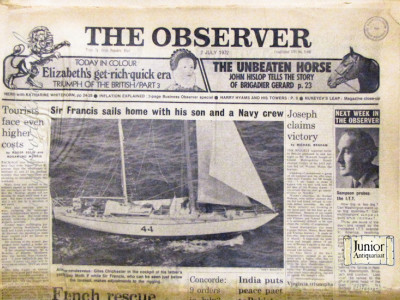 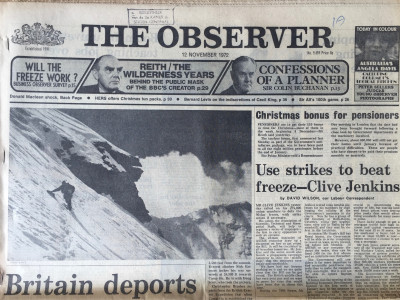 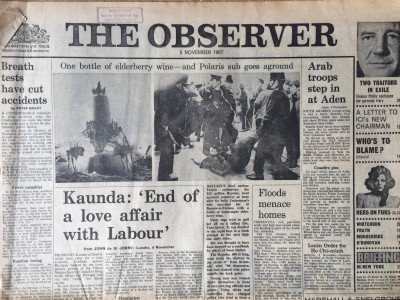